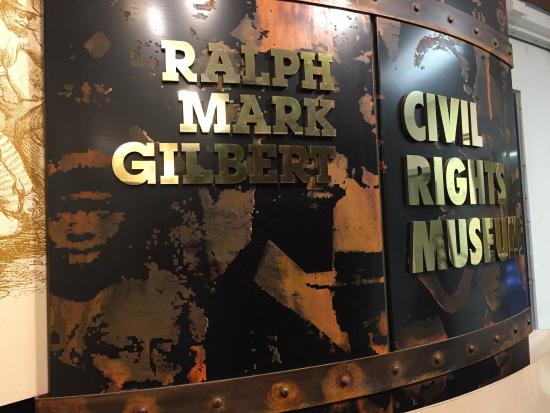 Every February, we take the time to commemorate the myriad contributions of African Americans to our own diverse nation. There are several sites all around the country to recognize, explore and celebrate Black history, and Savannah, GA is certainly one of them. As one of the oldest cities in America, Savannah’s storied past is one of strife and survival, of friction and freedom. If you haven’t yet, take some time this month to uncover truths about the plight and progress of African American people right here in the Savannah area. For a self-guided journey through time from the perspective of the Black narrative, head to these important landmarks and locales.

First African Baptist Church
Constituted in 1777, Savannah’s First African Baptist Church is the oldest Black church in North America. This place of living history stands today as a testament to African American perseverance and accomplishment. First African Baptist is an imperative on any Black history homage throughout the country; the house of worship served as a safe house on the Underground Railroad. Marked as a place of refuge by its original Nine-Patch Quilt ceiling, which remains today, the church was a transient shelter to regional slaves escaping to freedom. The quilt pattern served as a map and guide to runaways, embedded with invaluable information about where to head next and signs to watch for.
The church’s auditorium floor is dotted with holes through which slaves escaping in the 4-foot corridor below received air. These holes aren’t the only artifacts preserved in the church. The lighting fixtures, baptismal pool, 1832 pipe organ and oak wood pews – built by the slaves the church protected – are all original to this celebrated landmark. First African Baptist Church holds an active congregation to this day. Stop in for a service or take their historic tour. You’ll leave with richer and deeper understanding of the slaves’ fight for freedom.

Haitian Monument
A little-known monument stands in the center of Franklin Square. Savannah’s Haitian Monument memorializes the contributions of the Chasseurs-Volontaires de Saint-Domingue, the Haitian volunteer regiment that fought for America in the Siege of Savannah during the Revolutionary War. The only colonized nation that claimed a successful slave revolt, Haiti was a kindred spirit to revolution. The Haitian regiment, one of the only black regiments, defended Savannah valiantly with many of their foot soldiers making the ultimate sacrifice for the American cause. Though their service was never formally recognized by the country they fought for, Savannah installed the monument to atone for this critical shortcoming of its parent nation.

Owens Thomas House
The Owens-Thomas House is an excellent example of the juxtaposition between European excess and Black depravity so commonplace during the 19th century South. The Owens Thomas House is an architectural marvel built in 1819 by a wealthy cotton merchant. A tour of the estate, complete with period artifacts and meticulously-designed replicas, reveals decadence and abundance. By contrast, the slave quarters, which are among the oldest that remain today, is a place of dearth. Perhaps one of the most impactful experiences to be had on any Black history tour is at the Owens Thomas House slave quarters. As you stand amid that lowly dwelling place, you’re sure to develop just a small sense of the unfortunate blight that slavery truly was.

River Street Monument
The whole stretch of Savannah’s famous River Street brims with Black history. The cobbles composing the street were painstakingly laid by the hands of slaves. Telling holes and chain remnants that bound slaves captive mar the walls of the brick bays that line Factors’ Row. A historic tour down River Street will reveal untold truths about the strip’s dark past, but one important beam of light stands in tribute to The Emancipation. Erected just behind the Hyatt Hotel in 2002, the African American Monument was designed and installed by a SCAD professor-student duo. The monument depicts a family of four in close embrace with the chains of slavery lying at their feet. The stone base is inscribed with an inspiring passage from the late Maya Angelou. The monument is an important place to stop and pay respect to the slave families who built Savannah by hand.